A New King Reigns in the King of New York Series! 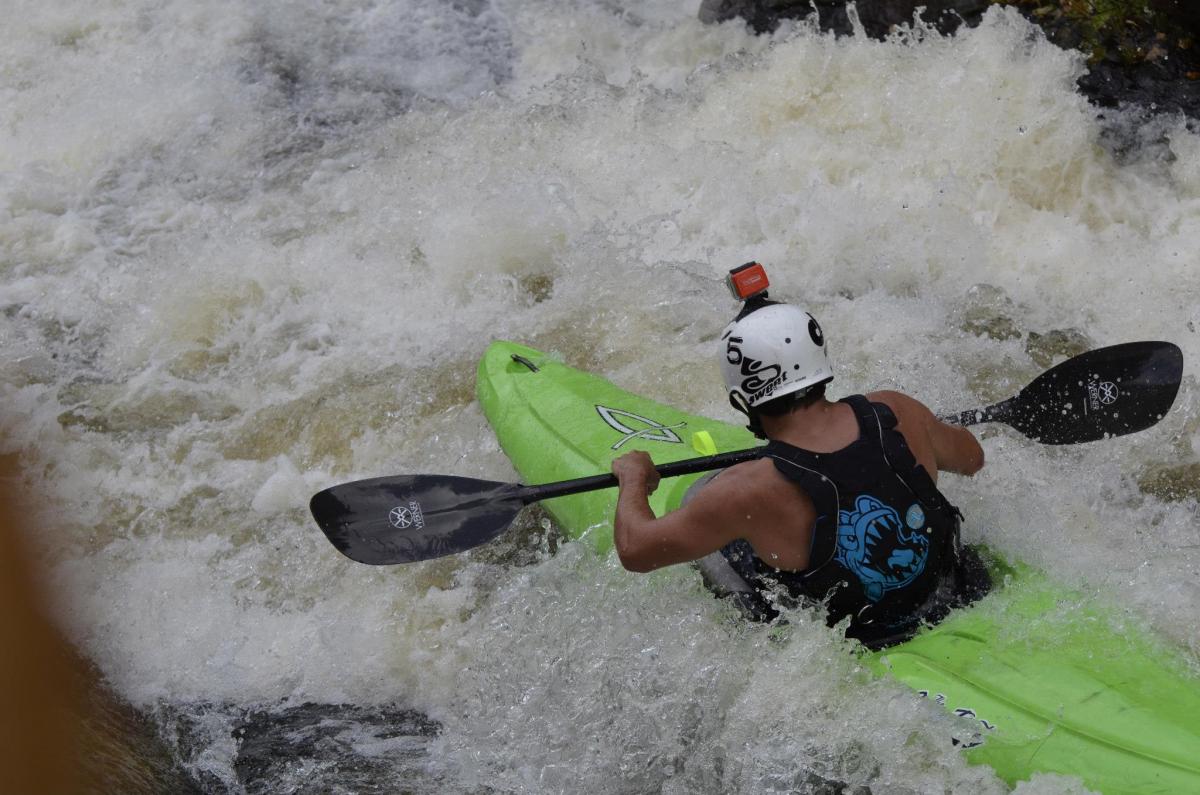 The King has been crowned! With the fourth and final race finished on October 19, the King of New York series is complete, and the crown sits upon a new head. Jared Seiler of Gladwyne, PA was not the favorite going in to the end-of-series Moose Race. That honor went to a racer hailing from Quebec named Billy “Big Deal” Thibault. After the air horn sounded to begin the race though, it all came down to a neck and neck sprint between Seiler and past champion Justin Beckworth. Seiler trailed Beckworth for most of the race, but a fatal mistake by Beckworth in choosing a slower line presented Seiler an opportunity to speed by his opponent. He retained his narrow lead past the finish line to take on the mantle of Moose Race winner, and the new King of New York. A few hours later, Jared was given his new reign as King in the bars of Old Forge to celebrate. Billy “Big Deal” Thibault didn’t go home empty handed. He placed fourth in the Moose Race, and sat at an overall second place. During the celebration, Dagger gave away a Green Boat to a random lottery winner, and Billy won the drawing. Congratulations to his majesty, Jared Seiler, and we look forward to next year to see if he can retain his position!