Team-D dominated the Giant Slalom on the Green River

How It Works: The Giant Slalom is a combination of two races, a down river sprint, and a giant slalom course consisting of four gates.

"The Down River Sprint will start at 12PM at the confluence of Big Hungry and the Green River. The finish will be on river right below Zwicks. This leg of the race will equal half of each racers total score. The top 20 from this event will get two runs on the Giant Slalom course that starts below Pencil Sharpener and ends at the bottom of Powerslide. If you aren’t comfortable racing through Gorilla no worries, you just need to understand the highest you can possibly place is 21st.

The Giant Slalom leg of the race will begin on river left directly above Gorilla and the course will navigate four gates down to the bottom of Powerslide. Each racer will get two runs which will be combined to count for the remaining 50% of the competitors score. A missed gate is a 50 second penalty and a touched gate is a 5 second penalty. The gates will be single pole gates where red indicates a gate the paddler has to pass to the right of, and green will be a gate the paddler has to pass to the left of. This is where boat selection becomes crucial. Sure the long boat will give you an advantage in the down river sprint, but will you still be able to make the tighter moves in The Giant Slalom portion of the event?" Race Description from LVM

The top 3 boaters were all in boats that stood out from the rest of the crowd.

The results for the down river sprint were:

It goes without saying that The Green Boat was the right choice for this section but was it the right choice for the Giant Slalom portion of the race? The gates where tight and technical on the course. The First Gate: in the notch eddy. Second Gate: about 2' off the river right bank, 7' below speed trap really tough to spank the monkey and come off with enough control to make this gate.Third gate: left of center on nieces. Forth and Fifth gates: were in the pool above powerslide, fourth was all the way river right and fifth on river left. Finish Line: 20' below powerslide there is a slot in the middle of the river. The answer is Yes? Although I wasn't able to stay in first I was able to make all of the gates and have clean enough lines to come in 3rd overall in the event.

You might be wondering why there was only one long boat(the Green Boat) in the competition, Or you might be wondering why you would even want to paddle a long boat when you know your going to have to make tight technical moves.(catch the notch eddy) Before I started paddling the Green Boat I would have said the same thing, but even with its added length the Green boat is very agile and with a little practice can make almost every move that you can in a short boat on the green. I will be putting a video together with some highlights that may or may not include Shane Benedict trying out for the Green River swim team! This was a great event put on by: LVM, Green River Adventures, Liquid Logic, and Werner Paddles. Thanks again to everyone that put in the hard work to make this event happen! 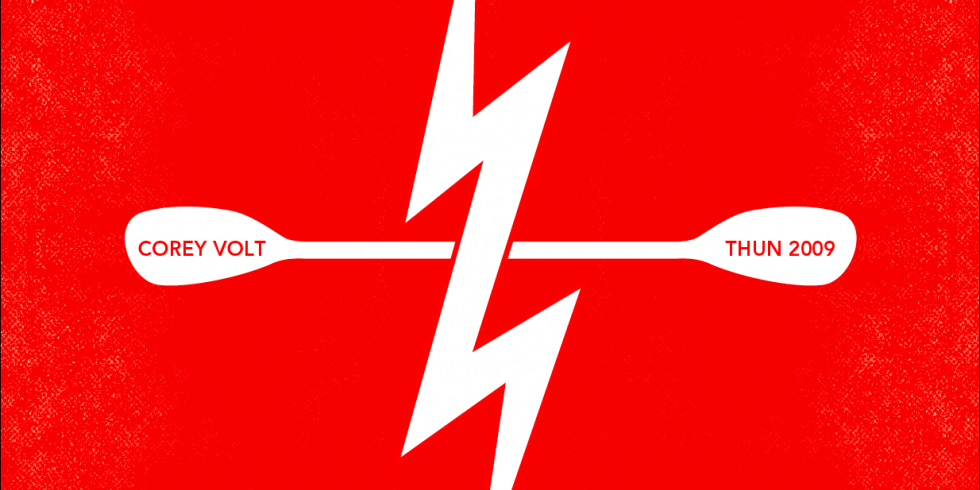 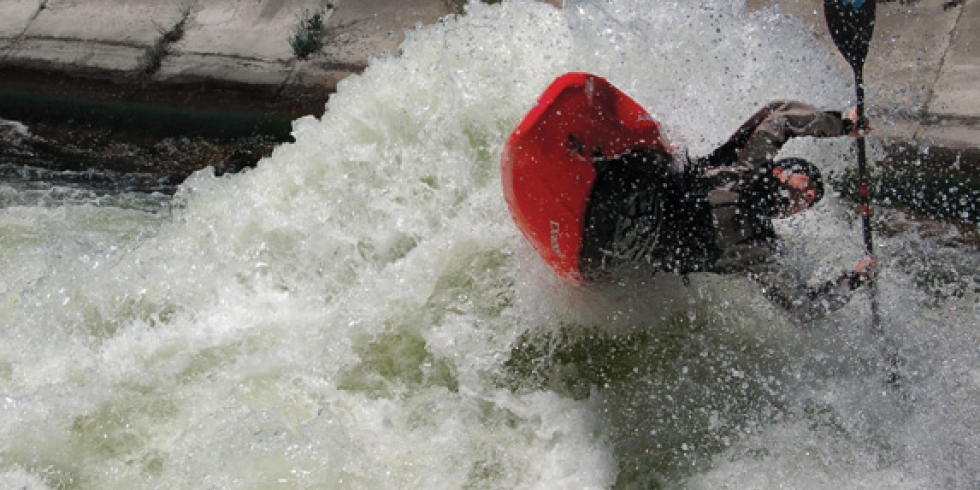 Help support COREY VOLT as he competes at the World Freestyle Kayak Championships in Thun, Switzerland on August 31 - September 6, 2009.
On May 31st, Corey made first alternate to the U.S. Freestyle Kayak Team at Team Trials in Glenwood Springs, CO. On July 29th, Corey was informed that he would be competing due to another team member’s injury.

This is a major accomplishment for Corey; he is very honored to represent the U.S. in freestyle kayaking. Please help us support him as he travels to Switzerland to fulfill his dream.