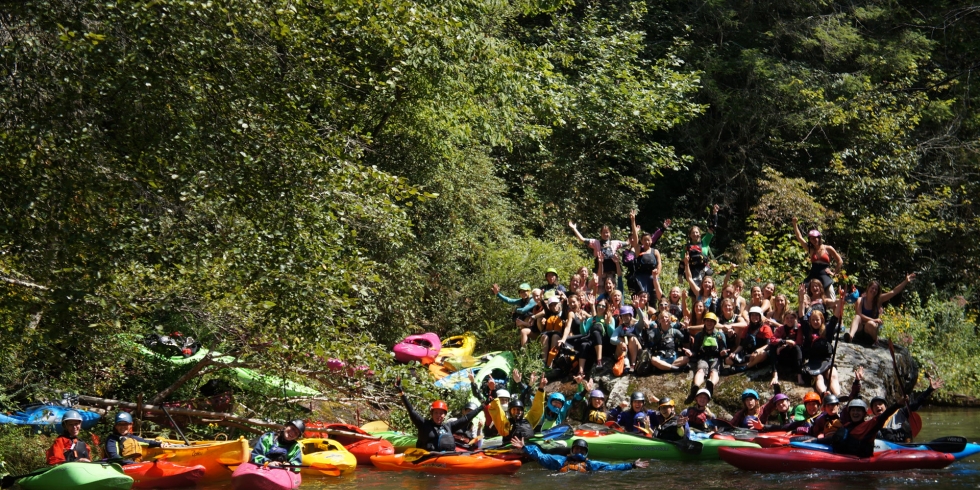 Two weeks ago, 56 women came together for a single mission: to have a great day on the Green River! It was the second annual Green River Takeover, an event created to bring together the female kayaking community for a day of inspiration, camaraderie, and most importantly, fun! I don't feel like I do the best job at putting into words what this day is all about, so I'll mostly let the pictures do the talking.

Registration started bright and early, but that didn't seem to slow anyone down. Thanks to the Nantahala Outdoor Center, Astral, the French Broad River Academy and Girls at Play, we were lucky enough to have enough shuttle vehicles to carry us all to the put in. Also thanks to some of the local men of the kayaking community, we also had our own personal shuttle bunnies! 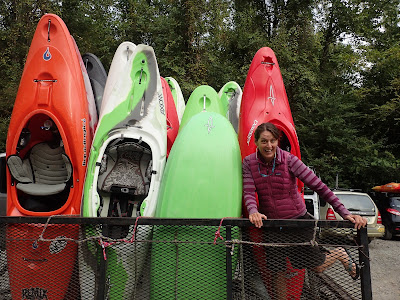 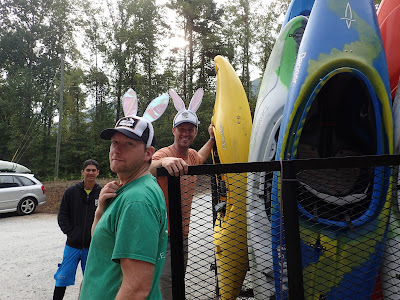 Once at the put-in, we did a quick safety talk before splitting into smaller groups and making our way downstream. It was amazing to watch woman after woman make her way through the namesake rapids of the Class 2-3 Upper Green with cheers of support echoing through the river valley.  On the Upper that day we had a huge mix of ladies, ranging from women running the section for their second time to women who run the Class 5 Narrows on a regular basis. We also had a 50 years age span, from a middle school student in her teens to a mother in her 60s (who's daughter was also on the river that day)! 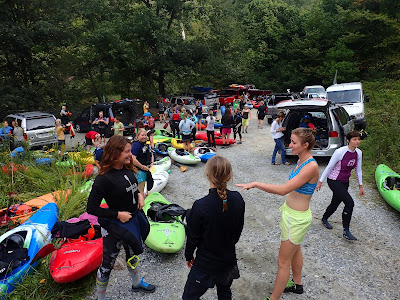 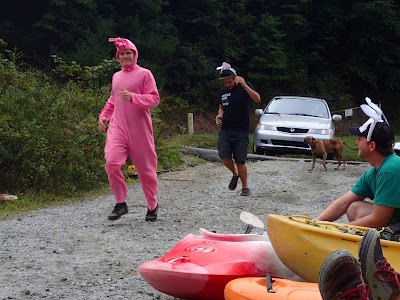 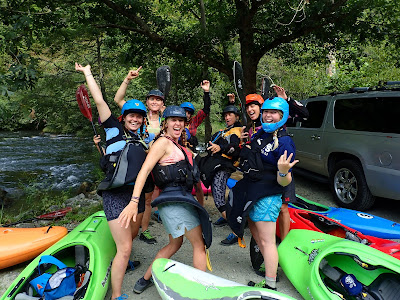 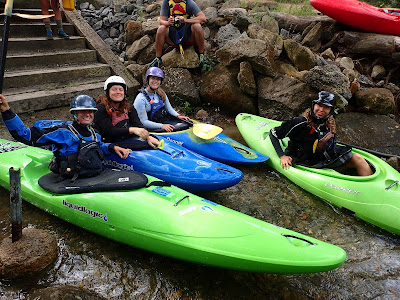 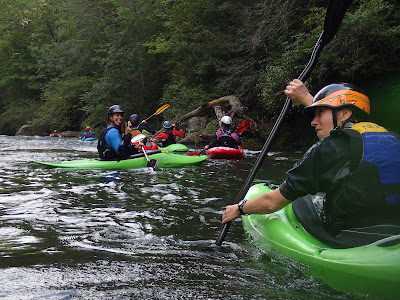 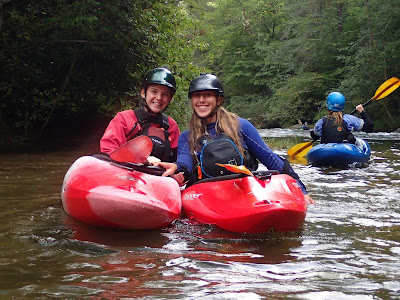 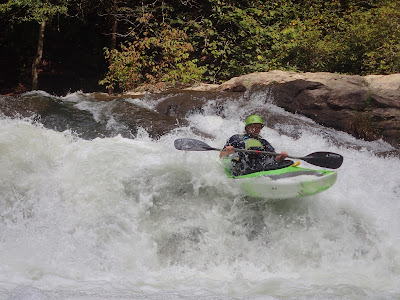 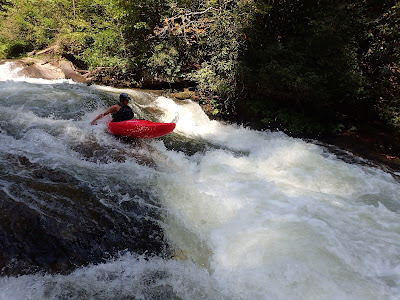 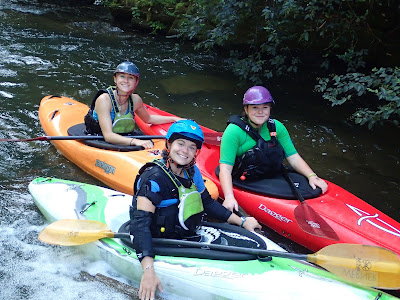 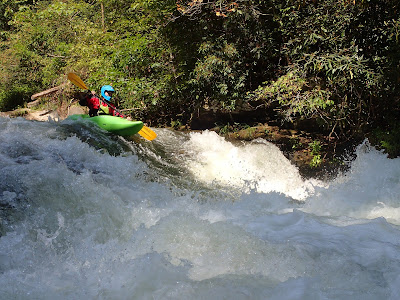 After arriving at the takeout to the Upper Green, the group of ladies not continuing into the Narrows began their hike out. While I was not there to experience it, I hear the group made the most of the uphill hike and managed to squeeze some fun into a typically painful experience.

From there, 27 women paddled on into the Class 5 Narrows section of the Green. It was so amazing to see that steep and narrow river literally filled with women. Support and laughter were in no short supply as we boofed and slid our way through the rapids. We eventually arrived at the last rapid, Hammer Factor, and reunited with the ladies who had hiked out. They were there swimming, jumping and cheering as we all came through. 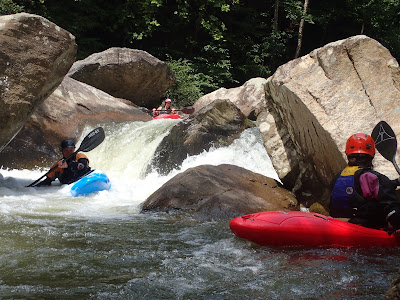 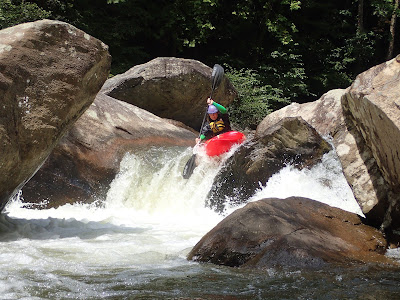 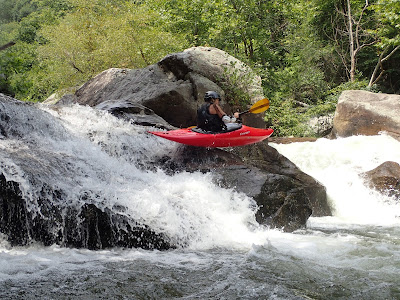 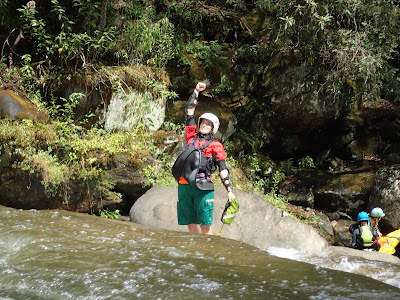 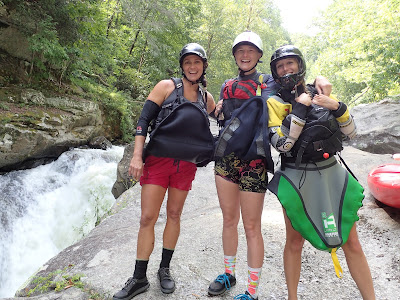 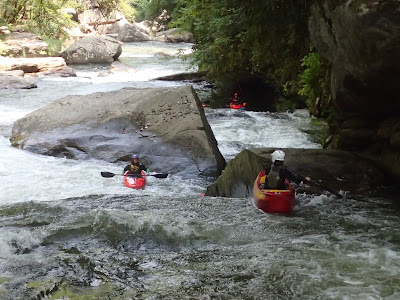 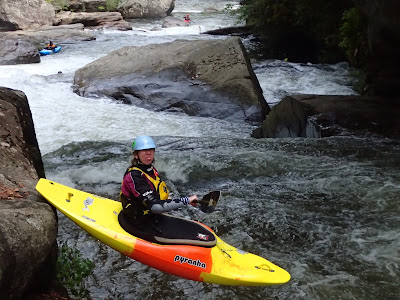 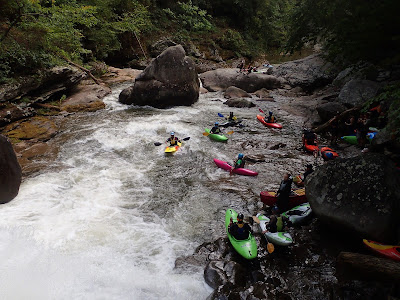 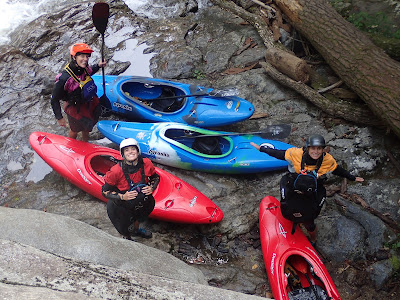 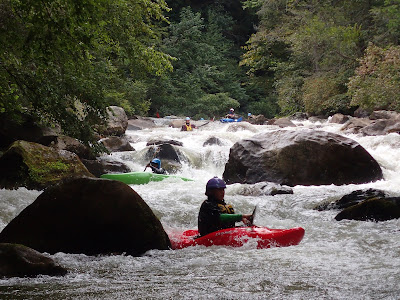 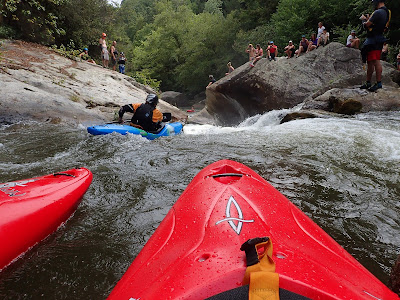 At the takeout we cracked open some refreshments, ate snacks and spent time enjoying each other's company. Phone numbers were exchanged and plans for future paddling trips were made. We wrapped up the day with a raffle to raise money for the Shannon Christy Memorial Fund, a fund to support women in paddle sports. We had some awesome prizes to raffle off, including a Seals Sprayskirt,  Astral Designs Shoes, Adventure Technology Paddle and much more! In the end, we raised over $800 for the Shannon Christy Memorial Fund! 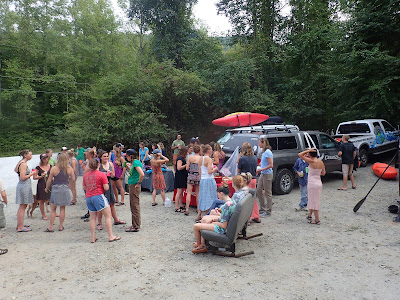 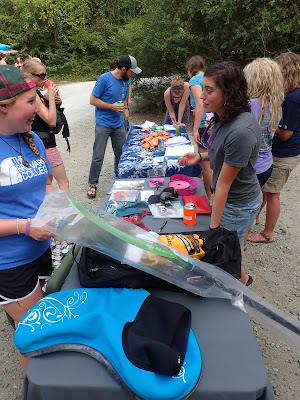 The energy felt during this day on the river is empowering, but silly at the same time. It's confidence building through laughter and friendship. It's female kayakers of all ages and experience levels coming together to strengthen the community and build bonds that can last a lifetime. It's awesome! 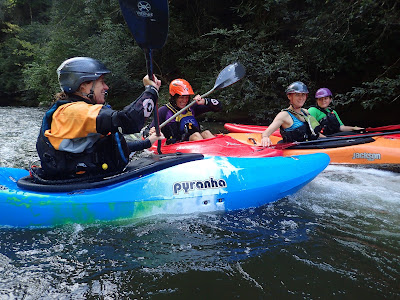 The event was made possible with the support of Dagger Kayaks and AT Paddles, along with a number of other local sponsors including Astral Designs, The French Broad River Academy, the Nantahala Outdoor Center, Girls at Play, Seals Sprayskirts, Mountain Khakis, Mountain River Tap and Growlers, and of course our amazing shuttle bunnies. Thanks to all the ladies who came out! I cannot wait to come together on the river again at the 2016 Green River Takeover!

If you want to learn more about what this day was all about, check out this awesome Blue Ridge Outdoors article by Takeover participant Jess Daddio and this sweet video from the day made by Daniel Brasuell!