Kayaking Cured What Chemo Could Not 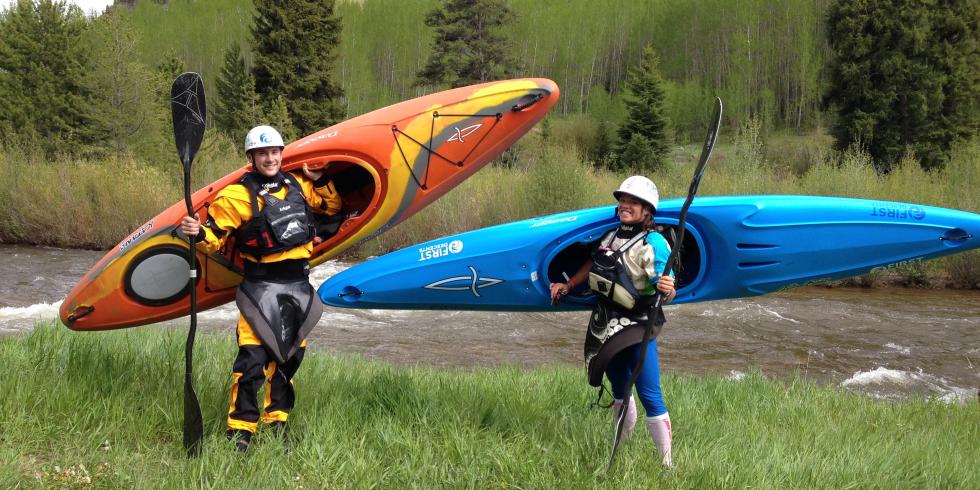 Although I will not get everything back that cancer stole from me, I now know that kayaking can help me reclaim some of the life I had lost.

Cancer is lonely.  Young adults affected by cancer know this all too well.  One of the biggest contributors to feelings of loneliness for young adult survivors is the lack of belonging.  It can be hard not knowing if there are others out there like you, dealing with the unique challenges a cancer diagnosis presents during the “formative” years of your life.

On September 26, 2013, just two weeks after my 24th birthday, I was diagnosed with Burkitt’s lymphoma, an aggressive form of non-Hodgkin’s lymphoma.  Just mere months after graduating from college, I was to be sidelined for the next 6 months to endure chemotherapy.  Choosing a battleground to fight cancer was not an easy decision.  The first cancer treatment center I visited was filled with patients two or three times my age.  Just sitting in the waiting room was enough to make me feel extremely isolated and alone.  My only other option was to be treated at a children’s hospital with kids less than half my age.  Since I still felt like a kid in my heart, the decision to battle cancer alongside other kids was a bit more comforting.  Each round of chemotherapy required me to stay in the hospital for an entire week.  Each week I lived in a hospital room alone, with only the cries of scared children filling the halls of the inpatient treatment wing, while I sat in my bed getting pumped full of life-saving drugs.  I had no one to talk to who would understand what I was going through, or so I thought.

Near the end of my treatment, a nurse working on my floor handed me a card for First Descents, an organization dedicated to providing surfing, climbing, or kayaking camps to young adults affected by cancer to empower them to reclaim their lives and connect with other survivors.  After attending a couple short overnight trips with First Descents in the year following my treatment, I decided to attend a week long kayaking trip in Bryson City, North Carolina.  I thought I was just going to meet some new people and kayak down some rivers, but my trip would have a much larger impact on me than I thought.

What you don’t expect from cancer is how much it can take away from you.  After having caner I lost physical strength, I lost a sense of identity, I lost friends, I lost confidence, and I lost the feeling of control over my life.  In short, I lost my freedom.  That’s what learning to kayak gave me; a sense of freedom.  While I am on the river, I am in control, I decide my fate, I am in charge of my destiny, and I can truly feel free.  Basically, I was hooked on kayaking the moment I first pushed out into the water.

Throughout my week with First Descents, I tried to soak up every detail I could about kayaking.  Each time we learned a new skill, I wanted to immediately move on to the next.  Luckily, one of the lead staff members for FD named Adriene, recognized this eagerness and tenacity in me, and took me under her wing to help me discover kayaking.  To the disbelief of her, and everyone else on the water, I was able to roll on my first day!  At that moment I was filled with emotions that had become unfamiliar to me in recent history.  I finally felt like I was good at something and I had a sense of accomplishment like I’ve never know before.  At last, I felt like I belonged.  While I was on the water, I no longer felt out of place and sharing that feeling with other survivors only helped make it feel like home.

One day during camp, Adriene (who also happens to be a professional kayaker) told me I should compete in the GoPro Mountain Games in Vail, Colorado.  I had only been kayaking on the river a few days and the thought of actually racing sounded a little crazy to me, but since I was not willing to let this new found freedom slip away, I decided to do it.  One short week after leaving camp, with only three days on whitewater under my belt, I was in Vail getting ready for the Kayak Down River Sprint.  I was filled with nervous excitement from the moment I arrived on Friday, up until the start of the race Saturday morning.  Besides chemotherapy, this was probably the only other time in my life where I thought I might have a heart attack.

Fortunately for me, Adriene was competing at the games as well and volunteered to help give me some coaching before the race.  After getting geared up Friday afternoon, we decided to do a run down Gore Creek where the race was to be held.  Finally, after six long days of waiting, I was back on the water with a paddle in my hands.  Although seeing the course gave me a little more confidence, I was still just as nervous for race day.  I knew that in the morning I would be on my own and would be paddling alone for the first time.

The weather was sunny and calm the morning of the race and I found myself using the same pep talk I would use before going into the hospital: I was going to do this thing one way or the other so I might as well give it everything.  Before I knew it, I was on the water paddling as hard as I could, just trying to stay straight down the course.  Just like in the hospital, I was alone again, racing towards the finish, but this time I was in control of my fate and it was up to me to decide how I would survive the day.  Surprising to me, I finished the race without a scratch, and managed to place 41 out of 47!  Once again I found that feeling of belonging that I had lost years ago and I felt free.

Although I will not get everything back that cancer stole from me, I now know that kayaking can help me reclaim some of the life I had lost.  It has allowed me to connect with other survivors in a new way as we used the river to forge bonds that can’t be broken by time or distance.  Kayaking gave me renewed confidence in myself and showed me how to take back control of my life.  I know far too well that life will not go according to plan, but in spite of all of the challenges that come my way, I will always be able to look forward to the next day on the river.